Our mission is to work with community members to advocate and promote affordable housing, economic development and services to the Native American, underserved and low-income communities. In providing these opportunities it helps bring stability and hope to individuals and families.

Our vision is to provide opportunities and access to housing, jobs, services and advocacy to create a better every-day life for Native American, underserved and low-income populations. Has over 30 years of experience in management, training, administration and development of affordable housing and community development. Shelly is a Native American tribal member of the Oneida Nation of Wisconsin. She is also the President/Executive Director of Visionary Ventures NFP Corporation (VVNFP), a 501(c) (3) Native American nonprofit with over 51% Native American board. VVNFP is working to development the first Urban Indian Housing project using Low Income Housing Tax Credits.

Shelly also is the owner of Turtle Clan Development Services (TCDS). Shelly provides real estate development services and affordable housing consulting services. TCDS focuses on professional services to increase the supply and quality of housing and economic development in Indian Country nationwide. She is working with Tribal Leaders across the country to bring affordable/market rate housing and economic development to their communities. Previously worked for the State of Illinois’ housing finance agency for over 20 years. Shelly worked for the Multifamily Department where she managed and administered the federal Low Income Housing Tax Credit (LIHTC) and State donation tax credit (STC) programs. She holds a Bachelor’s degree in Accounting from Governors State University, and an MBA in Real Estate Finance and Investment from DePaul University. She is active within the community and serves on the Advisory Boards of several New Market Tax Credit (NMTC) Community Development Entities (CDE’s): Enterprise Financial, Southside Community Optimal Redevelopment Enterprise (SCORE), Prestamo, and Community Hospitality Healthcare Services. Shelly is a former Board member for NFP Full Circle Communities in Chicago, Illinois and current board member of Economic Growth Corp. a national entity serving disadvantaged communities nationwide. Shelly is also a member of the American Indian Center (AIC) in Chicago and the Chicago American Indian Community Collaborative (CAICC). 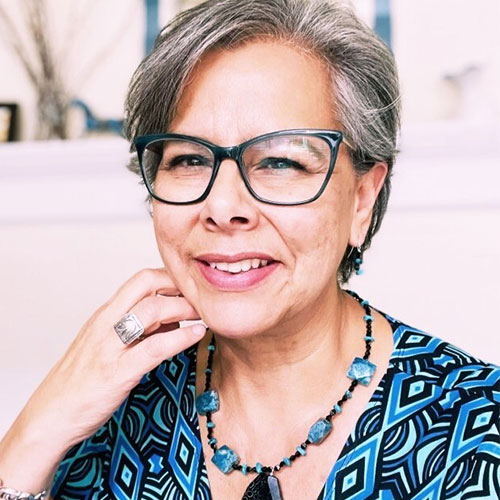 Pamala Silas, CAE – Board Chair, Board of Directors (Menominee/Oneida)

Over the past 25 years, Pam has been a recognized leader in building organizational capacity, particularly around organizing under-represented communities. She has provided consulting services in board development, understanding power, strategic planning, community group facilitation methods, community organizing and fundraising. As an executive leader for grass roots and national organizations she is a seasoned practitioner in community development. She has been appointed to numerous public and tribal committees and taskforces including Chicago’s Council on Women, Community Development.

Advisory Council, Chicago’s Low-Income Housing Trust Fund Board, United Way’s Needs Assessment Committee, the Menominee Indian Tribal Gaming Commission, Prosperity Works New Mexico and Native Ways Federation. Pam served as the Executive Director of the National American Indian Housing Council (NAIHC), a national membership organization, providing advocacy and technical assistance and training for American Indian Tribes across the United States. Prior to NAIHC Pam served as Executive leader for other national groups such as; Native American Journalists Association, American Indian Science & Engineering and the Metropolitan Tenants Organization. She currently holds a position as Associate Director at Northwestern University, Center for Native American and Indigenous Research. An enrolled member of the Menominee Tribe of Wisconsin, Pam is a graduate of DePaul University in Chicago with a BS in Economics and is a Certified Association Executive (CAE). In addition to her extensive employment experience she has served on numerous public and tribal committees and taskforces as well as on non-profit boards. As executive leader in diversity associations, Pam has experienced very successful partnerships with all sectors including, government, mainstream associations, corporate and universities. 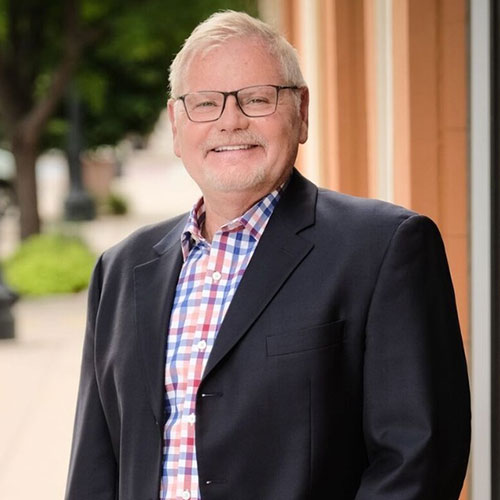 Has over 35 years of community and economic development experience. As President/CEO for Economic Growth Corporation (GROWTH), a community-based non-profit development organization, Brian leads the overall vision and direction of the complex organization that encompasses multifamily and single-family development, housing counseling, a Community Development Entity, General Contracting, Property Management all with a national footprint. Through Hollenback’s senior leadership, GROWTH has evolved into a nationally known, multi- faceted organization that has collectively deployed more than $145 million of innovative capital into mixed-use, urban, and rural development that has created 318 units of multifamily housing, over 40 units of commercial space, impacting over 1,300 single family homes, and assisting over 800 homebuyers purchase homes. It is through the unwavering support of its Board of Directors that GROWTH was able to achieve national recognition by NCRC (National Community Reinvestment Coalition) Representative James Leach Award recognizing GROWTH as the most outstanding rural non-profit organization in the country that best promotes fair and equal access to credit and capital and/or contributes the most in its community toward promoting wealth building in traditionally underserved populations.

In addition to his board role for Visionary Ventures, Brian serves as an Advisory Board member for Southside Community Optimal Redevelopment Enterprise CDE (SCORE) , Midwest Industrial Redevelopment Fund, and BBIF Florida. He currently serves as a Board Member for the Governor of Illinois’ Housing Task Force. Brian has also served as the past chair to the Federal Home Loan Bank of Chicago-Community Investment Advisory Council and has participated on advisory boards to Freddie Mac, and various national, regional and community groups.

Has worked in the real estate industry since 1988. He worked in the mortgage and title arena for most of his life. He is employed by Preferred Rate Mortgage as the Government Affairs Manager. He has been with them for 15 years. He is currently a lobbyist for Terry Cornell, Inc. since 1998. He has represented a wide array of companies and individuals. He is currently representing several federal defense companies. He has represented several not for profits (pro bono) including NIA Center for the Developmentally Disabled.

He was born and raised on the south side of Chicago. Enrolled Member, Cheyenne Arapaho Tribe of Oklahoma (Arapaho) and spent his summers as a youth on his family’s farm in Geary, Oklahoma. Geary, Oklahoma is the center of Cheyenne Arapaho land. Some of the land was part of his family’s original Indian allotment. He is very involved with his native culture and tries to immerse himself into learning more. He has attended the Arapaho Sundance in Ethete, Wyoming.

He serves on St. Xavier University’s National Alumni Board for Veteran’s issues. He is the Treasurer for the Chicago Police Department/Knights of Columbus. Works with several schools and the disabled children to provide resources for the students. He is the Commander for the American Legion Post 1993.

He helps to direct several Veteran initiatives such as taking disabled Veterans fishing annual, BINGO and much more. He a member of the Son’s of the American Legion and serves as the Service Officer.

He is an Air Force and Navy Veteran.

He is a current board member for the American Indian Center in Chicago. 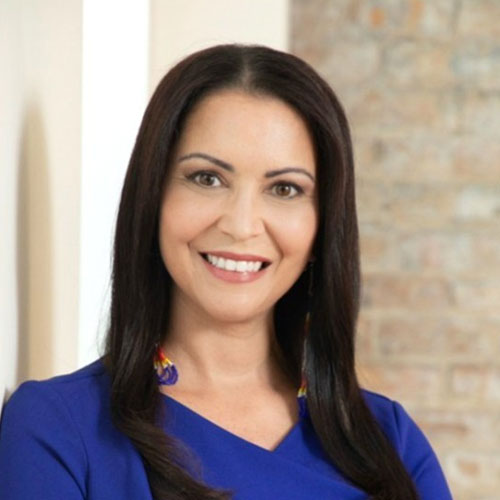 Kim Vigue – Board of Directors (Oneida/Menominee)

Is currently the Executive Director of the Mitchell Museum in Evanston, Illinois. She is the founder and managing partner of Wolf River Consulting. For nearly 20 years she has helped many of the foremost tribal organizations and federal agencies plan and implement public health and education initiatives designed to improve the well-being of Native communities. Her work has addressed many issues facing Indian Country including suicide, violence, intergenerational trauma, substance abuse, homelessness, chronic illness, and educational attainment by drawing on cultural strengths to promote healthy solutions, raise awareness and generate change for Native children, families, providers, and communities. Prior to her work at Wolf River Consulting Group, Kim was the Communications Director at the U.S. Department of the Interior’s Bureau of Indian Education, where she established the Bureau’s first Communications Division, providing oversight of all communication strategies and media relations for its 48,000 students, 183 schools, and post-secondary institutions.

Previously, Kim served as Project Manager at Kauffman and Associates Inc., where she managed multiple public health communications programs for the U.S. Department of Health and Human Service’s Substance Abuse and Mental Health Services Administration, Centers for Disease Control and Prevention, and the Center for Medicare and Medicaid Services, among others. Kim is an enrolled member of the Oneida Nation, a descendant of the Menominee Tribe and holds an M.S. in Anthropology from the University of Wisconsin.